You Are Here: Best E-Cigarette Guide » E-Cigarettes in the News » Vapers Express Relief and Concern About FDA Proposed Regulations

In 2014, the FDA Ruled -No Ban on E-Liquid Flavors, But Companies Must Submit Product Reports Best E-Cigarette Guide believes that the FDA’s deemed proposals on e-cigarette regulations are positive. Although there are still some sticky issues, it appears the Agency has not fallen victim to the pressures of anti-ecig political and corporate lobby groups who have used junk science, unfounded fears and the mass media to discredit e-cigarettes to further their own agenda.

The only restrictions are that e-cigarettes cannot be sold to Americans under the age of 18. They can be sold in stores and on-line, but not in vending machines placed in areas where the under 18 set can get at them. E-Cig packaging must list a warning about the dangers of nicotine.

This was pretty much expected, but vapers and vendors were pleased and relieved that there were NO restrictions on e-liquid flavors, bottle sizes or nicotine levels.

All great news; however, many were disappointed that the FDA document does nothing to acknowledge the known scientific reports that demonstrate e-cigarettes are less harmful than tobacco cigarettes and that nicotine is far less dangerous than originally believed.

It also means e-cigarette companies will not be able to make any health claims including the fact that e-cigarettes are “safer” than tobacco.

Scientific director at Consumer Advocates for Smoke-Free Alternatives Association (CASAA) Carl V. Phillips was unnerved by this fact. Phillips aired his concerns about the FDA proposal in this statement:

“Indeed, if you read the actual content, rather than the conclusions, they find nothing but reassuring information about the risks, but they spin it into the usual ‘we just don’t know’.”

Although it’s disappointing, this is not going to stop vapers from smoking e-cigarettes, nor is it going to scare away smokers who recognize the benefits of ecigs over regular tobacco. All e-cigarette products from companies in existence since 2007 must be submitted for final review and approval.

The 2007 cut off point makes no sense since modern, dare I say, “safer” e-cigarette products entered the market years after that date.  The required rules of submission can prove to be a stumbling block to new e-cigarette innovation as well as to small and new e-cig companies.

The FDA does acknowledge this fact, noting that there could be a “significant financial impact” to small businesses. The proposal invites comments on how to work around those limitations, but right now small businesses are worried that it may never be financially feasible for them to meet these new demands and they will have to sell out to larger e-cigarette companies or the major tobacco companies.

All e-cigarette and e-liquid companies can continue to sell their products while they are under review by the FDA and that review process will likely take 3-4 years.

In addition, politicians trying to impose new e-cigarette bans (not based on scientific evidence), can no longer use the lame excuse that the FDA has not acted on ecig regulations.

For a clear understanding of FDA regulation pros and cons, check out this highly informative interview with Dr. Gilbert Ross, Executive Director and Medical Director of the American Council on Science and Health (ACSH) 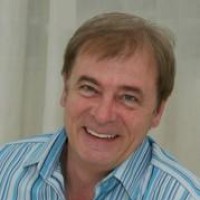 Cb has been vaping since 2009. He is passionate about supporting the principles of tobacco harm reduction, believing vaping is the most effective means for reducing the health dangers attributed to smoking. A talented artist and graphic designer, Cb provides the graphics for this site and many others.