You Are Here: Best E-Cigarette Guide » E-Cigarette Reviews » Plastic in Your Cannabis Vaporizer? Why You Should be Careful

The Cost of Vaping Can Be Cheaper Than You Think

Plastic in Your Cannabis Vaporizer? Why You Should be Careful Why You Should Be Careful of Plastic in Your Vaporizer

The use of cannabis for medical and recreational purposes has recently skyrocketed across the world. Scientists, researchers, and patients have seen and experienced the healing effects the powerful plant can produce. As the frequency of usage has increased, so have the different number of ways to consume cannabis.

Almost everyone knows that vaping has gotten extremely popular in the last decade is vaping.

Although vaping is known to be at least 95% less harmful than smoking tobacco, one thing you must be wary of is the use of low-grade plastic in certain cheaper brands of vaporizers as it could release harmful toxins.

Traditionally, cannabis was consumed by smoking marijuana. Cannabis users would ignite the plant at high temperatures through a combustion process. This process would then release cannabinoids in a smoke form and allow the user to inhale them directly; most commonly using a rolled joint or a glass water pipe. This traditional method of consumption has been scientifically proven to help patients cope with pain, muscle spasms, and other ailments such as anxiety.

However, after continued scientific research, some feared that the high heat of traditional methods was possibly releasing harmful toxins and carcinogens and exposing them to the consumer. These possible health concerns led to the advancement of newer cannabis consumption technology, and thus the vaporizer was born.

How Does A Vaporizer Work?

Unlike traditional combustion-based consumption methods, cannabis vaporizers can release the cannabinoids into a smokeless vapor. Taking advantage of lower temperatures, the same healing and medicinal benefits are produced without the harmful byproducts of high heat. This new age ‘smoking’ method has become increasingly prevalent among health-conscious cannabis users.

Vaporizers utilize one of two different ways to heat up the cannabis and release the cannabinoids. Both methods will give the user the same medicinal effect, but each system operates differently.

The original heating system found in most vaporizers was conduction based. In a conduction heating system, the substance is placed directly on a heated surface. Conduction was the primary heating method found in vaporizers and can release cannabinoids quickly and effectively. However, this heating system did not always apply the heat evenly, and some uneven burning of the material occurred, sometimes leading to charring.

To combat the uneven heating of conduction methods, convection heating systems were created. Convection heating is when warm air is used to heat the substance without actually touching it. Vaporizers that utilize the convection method disperse heat evenly throughout the chamber allowing the cannabis to burn evenly while releasing the desired number of terpenes and cannabinoids.

As technology has progressed, convection heating systems have become increasingly popular. Some of the more expensive vaporizer models even let the user select the exact temperature level desired for ultimate control. Why Does This Difference in Heating Systems Matter When Looking at Plastic in Your Vaporizer?

Well, because convection vapes work with heated air, you have to be absolutely sure that there are no heat-weak plastics anywhere in the air-path of your vaporizer. Convection vapes direct heated air from the heating element to the herb chamber, to the vapor path.

This means that the heated air basically goes through your whole vaporizer. Any plastic particle that’s present anywhere from the heating element to your mouth needs to be heat-resistant and food-safe for it not to leak any toxic chemicals. This is because plastic leaches more toxic chemicals when it’s stressed, like it is when it comes in contact with heated air.

With convection vapes, heated air gets directed through your vape even way before the vapor is created.

But there are more:

Because e-liquid vapes have a very simple coil-based design. The vapor path is extremely limited. Plus, the heat that the vape generates is really only limited to the coil (no complex convection systems or massive conductive heating elements that radiate massive amounts of heat). With e-liquid vapes the vapor rarely comes into contact with plastic. This in contrast with cannabis vaporizers where this is extremely common.

Then there’s the fact that cannabis vaporizers vape actual plant product and thus create an acidic by-product called resin. Marijuana resin is an acidic compound and different types of acid have been shown to degrade different types of plastics over time. And what happens when plastic corrodes? It leaches dangerous toxins.

Keeping this mind, you have to ensure that the cannabis vaporizer you select contains only high-quality materials and components. This holds especially true if there are any plastics in your vaporizer. Cheaper vaporizers will often contain cheap plastics that not only contain harmful toxins, but are easily stressed through:

Many people may recognize or recall advertisements for “BPA Free” products. BPA stands for bisphenol A and is a compound found commonly in water bottles and other consumer goods. The Environmental Protection Agency has linked the presence of BPA to cancer, birth defects, depression, and anxiety. BPA has been found in certain plastic vaporizer components (for example PVC/Vinyl whips used in whip-style vaporizers).

With these negative health risks in mind, many companies have eliminated the use of BPA from their products, and for good reason. The scientific link between BPA plastics and diseases is alarming. With these concerns in mind, you might think you’re safe by getting a BPA-free vaporizer. But nothing could be further from the truth.

Any commercially used plastic, has an unknown number of additives. Research has shown that these additives actually can leak chemicals with estrogenic activity, just like BPA, and often have a toxic effect on humans.

What’s more, is that once the plastic is stressed through heat (like with vaporizers) or light exposure, the chance of these chemicals leaking increases significantly.

Another harmful plastic that has been found in the components of some vaporizers is polyvinyl chloride (PVC). This plastic has been linked to nervous system disorders and diseases such as liver cancer. Some U.S. states have gone as far as to ban PVC packaging. However, it has not been banned in other countries like China with lower safety and health regulations regarding manufacturing.

And 90% of vaporizers get manufactured in China. Does this mean all vaporizers out of China contain polyvinyl chloride? No, it just means you have to be extra careful when getting Chinese vaporizers. How to Spot Vaporizers That are Not Safe for Use

Many low-quality cannabis vaporizers are still using plastics with harmful toxins. These potentially harmful vaporizers should be avoided and can easily be spotted if you know what to look for. If a company is not transparent with the materials and the types of components they are using, they may be trying to hide the painful truth.

Always ask the manufacturer what type of plastics they have used in their vaporizer, and if they are not transparent about it, dig a little deeper, maybe there have been other tests which show the quality of the plastic in that specific vaporizer.

While low-cost vaporizers may have attractive price tags, these models will almost certainly not be using high-grade, heat-resistant, food-safe plastics known as thermoplastics. Cheap vaporizers will often use plastics which over time can be more easily corroded and eventually leach harmful toxins.

Look at the Products’ Country of Origin

Another factor to take into account when selecting a vaporizer is to locate where the vaporizer was manufactured. Many low-cost vaporizers are mass produced in manufacturing-heavy countries such as China and other regions of Asia. Some of the mass-produced products originate in countries with low standards for health and safety of consumers. To combat the usage of toxic chemicals and components, users should try to find vaporizers that are transparent about their materials and manufacturing procedures.

Some popular and high-quality medical grade vaporizers have received official medical certifications which assure consumers of the use of high-quality components. Some countries that have medically certified vaporizers include Israel and Canada. When shopping for a vaporizer, consumers should look for any medical certifications the product has been awarded.

These medical certifications allow users to rest assured and know the vaporizer they are enjoying is made free of any harmful toxins and low-grade materials which may be linked to diseases and illnesses. Ensuring that the vaporizer is a safe delivery system for the cannabinoids will allow the user to enjoy a premium experience free from worry.

Users who are using vaporizers without these certifications cannot say for certain that they are avoiding the harmful effects linked to some of the low-quality vaporizers on the market. 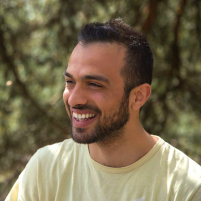 Winston Peki is a marijuana enthusiast and vaporizer expert. Born and raised in Amsterdam, he grew up in a cannabis-friendly climate. He believes vaping cannabis is the easiest and most convenient alternative to smoking it. He is the Founder of Herbonaut, an informative vaporizer website where you can find many high quality vaporizers for cannabis.